Where have all the HGV drivers gone? 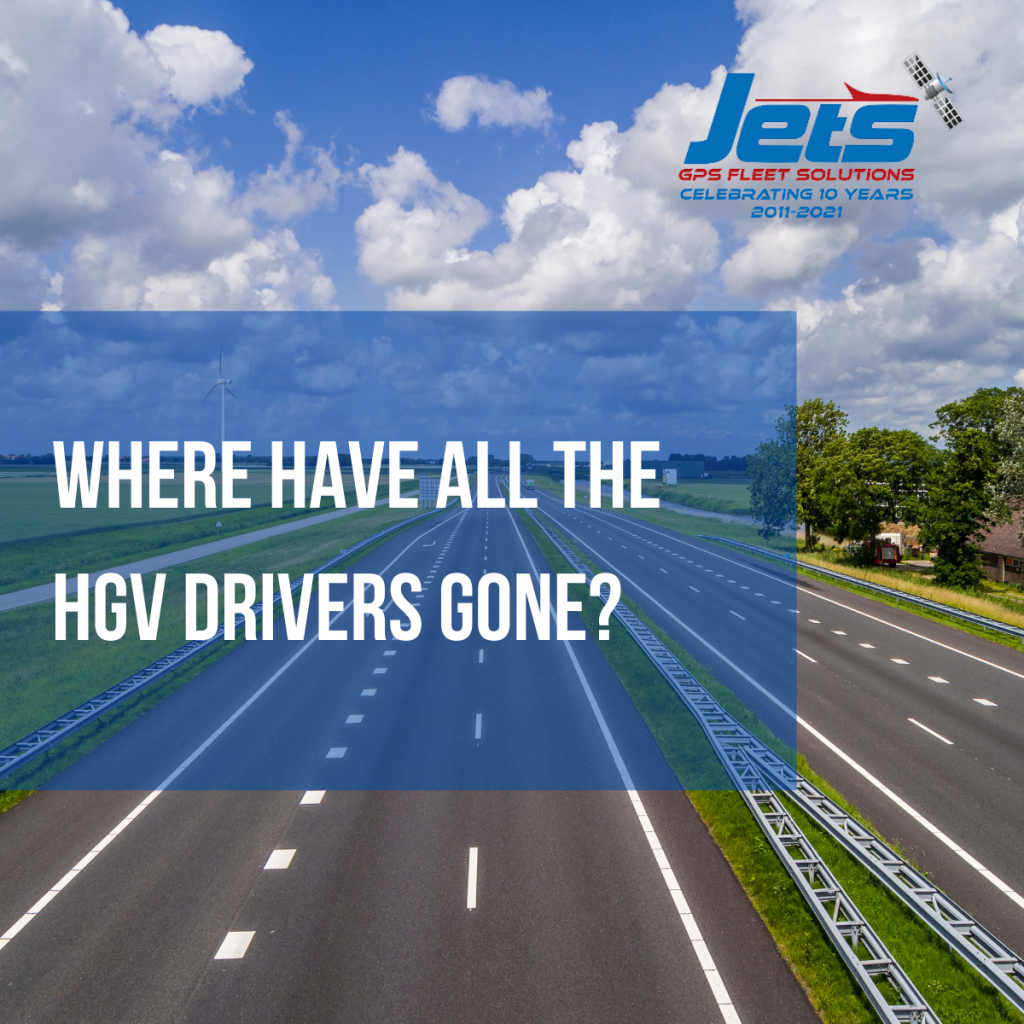 Where have all the HGV drivers gone?

Anyone working in the haulage industry will be well aware of the current driver shortage in the industry. Recent news reports state that the UK haulage industry is now short of 80-100,000 drivers, which will have massive consequences on the UK economy.

Supermarket bosses have warned the Government that the country faces serious problems with the food supply chain, and the boss of Tesco stated that they were now destroying 48 tonnes of food per week. Short shelf-life food is affected the most, and farmers are also reporting fruit and vegetable crops are being left to rot in fields.

Why does the driver shortage matter?

Clearly, there is a problem. However, the Government seem to be saying that everyone is overstating it, and it's not as severe as people think. They point to supermarket shelves still being fully stocked with products as evidence that there's not as big an issue as companies are making out.

However, retail experts have pointed out that supermarkets simply won't allow empty shelves and will make sure they are filled with any products to appear fully stocked. Moreover, closer inspection of the products on sale shows they are masking shortages. For example, pictures on social media illustrate that fruit and veg aisles (that used to have multiple product varieties) may be full, but they're full of two or three different products instead of twenty.

Road freight may be frowned upon in the current carbon-conscious climate, but it is an essential element of our everyday lives. And demand for transport is growing daily with increased online shopping.

So, what are the reasons behind the driver shortage? At a glance, people may think it's a freak occurrence of one-off events like Covid and Brexit. But, other, more subtle factors combined to create the 'perfect storm' we're now facing.

The pandemic and subsequent lockdowns of 2020 are a prominent factor in the reduction of available drivers. EU nationals working as HGV drivers in the UK returned home due to the lockdowns and haven't yet returned due to international travel restrictions.

However, Covid created another problem with the licencing of new drivers. It has been estimated that 28,000 HGV driver licence tests were cancelled in 2020, and the testing centres don't have enough resources to deal with that backlog quickly.

Another factor brought about by Covid has been the massive increase in home working and online shopping. In total, online sales hit a 13-year high, growing by 46% in 2020 and, within that, online food shopping grew by 79%. That massive, sudden spike in demand for deliveries combined with the sudden drop in available drivers has been an enormous factor in the current crisis.

The post-Brexit immigration policies created a points-based system to categorise workers according to their skill levels and demand for those skills. Sadly, HGV drivers weren't deemed to be skilled enough to qualify for the skilled worker visa. As such, it's illegal for UK haulage firms to employ EU workers.

However, the fall in the pound's value against the euro also means that the wages on offer in the UK are worth less than they were before, meaning that EU nationals are less keen to come, even if they could.

Arguably, another factor could be the perception that Brexit has created an anti-EU sentiment and that foreign nationals simply aren't welcome. Why would you want to work in a country that resents you being there?

With many drivers operating as limited company contractors, the recent changes to IR35 legislation put the financial responsibility onto the contracting company to make sure their contractors aren't 'deemed employees'. If a contractor is, essentially, working as an employee, they are classed as outside IR35 and liable for being taxed as an employee.

If contractors are found to be 'deemed employees', the contracting company is liable for all the unpaid tax going back up to six years. With the financial advantages of working as a limited company gone, it has placed additional pressure on industry wage rates.

Truck drivers are an ageing population, and few younger drivers are coming into the industry. The average age of a lorry driver in the UK has risen to around 50 with a significant proportion over 60 but only about 2% under 25. This is down to a lack of interest from younger people in becoming drivers and the increased insurance premiums for lorry firms employing drivers under 25. With margins already tight, it's another cost that haulage firms can't stand.

As for the lack of interest from younger people, well, let's be honest, the public's perception of the haulage industry is pretty poor, and drivers aren't as well respected in the UK as they perhaps are in other countries. However, this is the section that the haulage industry can control themselves.

And, like many things, it starts with education. Does a career as a professional driver even feature in careers talks in schools? Where are the apprenticeships for new drivers? How about national advertising campaigns promoting the positive aspects of being a driver? Why is there only a tiny proportion (1.2%) of female drivers?

The reality of a modern-day HGV driver is very different from the perception. They are highly skilled and well-trained professionals who invest significant sums of money in their training to get their licenses. Their cabs are packed with modern technology and border on being high-tech mobile homes.

The Government is under increasing pressure from hauliers and retailers to add HGV drivers to the list of skilled workers. That may bring some short-term relief if foreign drivers can be brought into the country easily and quickly.

But there are more profound and long-term problems to attack. As a nation, we've got used to immediate deliveries and cheap freight, but that will probably need to change. Haulage firms will have to increase their costs as their wage costs rise to attract more drivers into the industry. Increased insurance premiums for younger drivers will push those costs up further, although they could be balanced with improved driver and vehicle safety systems. Ultimately, those costs will be pushed onto the consumer, and we will see a difference in our weekly shopping bill.

And for the long-term, the haulage industry needs to look at how it can improve the public's perception of drivers and make it an attractive sector for younger people and female drivers to consider.

Truck stops are in serious need of investment to provide high-quality facilities for drivers. Frequently, drivers report a shortage of facilities and no space in the available truck stops so they can comply with their rest periods in decent environments.

In the short term, we're going to have to live with some product shortages, higher costs, and longer delivery times.